A continuation from last time. For 2008-10, as well as the rationale behind these film lists, kindly click this link.

Four entries on this list exemplify a running theme: legitimate cinema fighting horror. Stranger on the Third Floor is a realistic (if noirish) drama, yet with a courtroom dream sequence worthy of The Bells; similarly, Scarface places Boris Karloff, fantastical horror personified, in the middle of Chicago mob-land. Suddenly, Last Summer boasts the legitimising presence of Joseph L. Mankiewicz, thus glossing over its Bacchic stew of depraved sexualities and orgiastic cannibalism. (It’s worth noting that playwright Tennessee Williams has since acquired a patina of respectability – one that certainly didn’t exist in censor-happy 1959.) The Elephant Man consolidates these clashes of style, veering between weepy sentimentality and dark carnival histrionics that outdo Tod Browning. This schizophrenia resounds in the gulf between John Gielgud’s saintly Carr Gomm and Freddie Jones’ dyspeptic Bytes. It’s a character coupling worthy of Dickens: they seem not to belong in the same universe. I find it satisfying to see these semi-horrors alongside unabashed (and relatively obscure) horrors. I will stand up any day and defend The Blood on Satan’s Claw, in all its supernatural, folky absurdity, over the better known Witchfinder General (1968; rarely has Vincent Price appeared more ill at ease). Likewise, The Leopard Man is a good deal better than some of the more critically lauded Lewton pictures, particularly The Seventh Victim (1943; so obtuse it ceases to engage).

There’s a high concentration of British films on this list, including two Geoffrey Rush starrers: Shakespeare in Love and The King’s Speech (a dull choice, I know; I’ll chalk it up to the delight of the cinema experience). Rush is Australian (nothing wrong with that), but the other Brit flicks are made for me by their homegrown theatrical talents: The Dresser has Tom Courtenay and Albert Finney, both playing wonderfully dangerously; Shakespeare in Love is worthwhile for the chance to see theatrical Geminis Simon Callow and Antony Sher in the same film. My old favourite Bette Davis has sunk below the water-line on other lists, so it’s particularly satisfying to see Now, Voyager here. These previous films were also fighting in more competitive years: for example, Davis’s Dark Victory (1939), Old Acquaintance (1943) and Mr. Skeffington (1944) all made it into the top twenty – but not the top ten – for 2009. (The pattern struck with a vengeance in 2013, with The Old Maid (1939), The Letter (1940), In This Our Life (1942) and Deception (1946) all making the top twenty.) Historically, America’s greatest actors have been women rather than men; another of these sacred monsters, Gladys Cooper, makes a fine villainess in Now, Voyager. 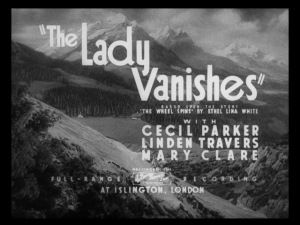 2012 seems to be a year that gestures to other films I like – and sometimes much better than the ones on the list! The Lady Vanishes ensures that a Hitchcock has at last come out top, though I’m not sure I admire it as much as some that featured lower down in previous years (The 39 Steps and Vertigo in particular). Three Cases of Murder stands for the portmanteau film, a British horror institution that runs from 1945’s Dead of Night (featuring Charters and Caldicott of The Lady Vanishes!) to Amicus, whose best efforts are probably Tales from the Crypt (1972) and From Beyond the Grave (1974). Fanatic represents the psycho woman subgenre: triumphantly started by Bette Davis’s What Ever Happened to Baby Jane? and thereafter propped up by a series of fading dames (in this case, Tallulah Bankhead, pleasingly unsettling). And The Uninvited and Hamlet stand for the ghost film. The Uninvited is compelling and at times poetic but lacks the cast-iron conviction of The Innocents (1961; a film I seem to be watching almost every month lately); even its (very good) apparitions can’t compete with the unexpected scariness of the Ghost in Olivier’s Hamlet (a film worthy but somewhat dull in other respects – Peter Cushing’s peacock Osric excepted). The titles above are a superb illustration of how diversely cinema attacks the Gothic. Horizons stretch further than monochrome monster movies.

2012 also contains a number of films that are made gripping by their actors. Claude Rains raises The Clairvoyant to the status of forgotten classic, whilst Charles Laughton makes his improbable casting (a rotund, almost offensively Italian grape farmer) in They Knew What They Wanted almost cosmically heart-breaking. I’m still at a loss to explain how Laughton does it. Lesser lights also shine brightly: Sheila Keith (chillingly androgynous) startlingly prefigures Roald Dahl’s Miss Trunchbull in House of Whipcord; Donald Pleasence brightens the sewer-rat aesthetics of Death Line with an off-kilter slew of very British tea-rejections. It’s appropriate that these acting highlights are rounded off by Les Triplettes de Belleville – an animation inventive, attenuated and bottomlessly grotesque. The grotesque is that primordial ooze from which my own acting gremlins hobble (go on, have a click), and animation one of the arts that started me on the journey (that one too). 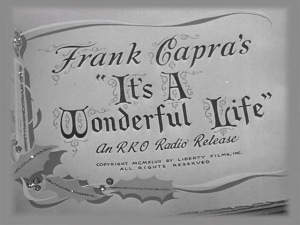 This list reminds me how much the forties appeal to me for film. What was it about the ambience of that decade? Scrutinising the four entries here, it strikes me as a time when Hollywood turned to making hopeful stories, human interest stories; love stories, I suppose – and yet always interestingly overshadowed. By World War most obviously, the First of which figures in It’s a Wonderful Life, the Second in the almost unbearably moving This Land Is Mine. Although the spirit of War creeps into subjects where it’s not explicitly mentioned: I’ve heard The Wolf Man (1941) discussed in this light (come to think of it, I argued the case in my Tragedy paper at Cambridge); it certainly holds for the more fragile and melancholy Portrait of Jennie. There’s a more sensual punch too: the studio system in full, seductive swing. The glossiness of this era’s black and white film stock is something I increasingly relish. It’s also to do with the orchestral music, the impossibly deep sets and the star power: three elements which make All This, and Heaven Too so beguiling (partly because so little known), a near-perfect melding of Gone with the Wind (1939) and Rebecca (1940). I wrote on Portrait of Jennie in this earlier blog post. It might be my favourite of director William Dieterle’s unofficial Gothic trinity, the previous entries in which are also exquisite: The Hunchback of Notre Dame (1939) and All That Money Can Buy (1940). I also wrote on The Penalty in that entry, so I won’t bother harping on about it here. But it is fantastically good.

Also on the list are two low-key thrillers from Hammer Films, whose outer limits I’m delving into more and more. Cash on Demand is a remarkably tense update of A Christmas Carol (and a cynical British antidote to the forgivable schmaltz of It’s a Wonderful Life), with Peter Cushing and Andre Morrell delivering razor-sharp, Pinter-style performances (I want to see them in No Man’s Land now). Never Take Sweets from a Stranger is a horrifying drama (but not really a horror) centred on paedophilia; Hammer’s version of M, perhaps. It boasts a transformed Felix Aylmer, worlds away from the doddering old man schtick that enlivened Olivier’s Hamlet and Kenneth Williams’ repertoire of talk-show impressions. Witness for the Prosecution adds a third black and white British-made thriller to the list: like This Land Is Mine, it’s made by Charles Laughton. There are also two relatively modern films on the list. Up was another blessed reminder that I really love animation. All the same, I think Pixar’s grown into itself: I remember finding Toy Story (1995) visually ugly and astoundingly charmless as a child. Gladiator was just plain good. If modern film serves a purpose for me, it’s fitting that it’s in giving utter believability to the past.